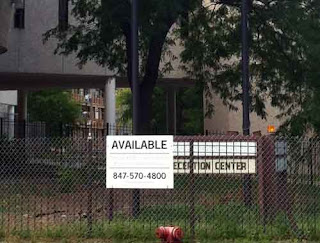 Since 2008, Uptown Update has followed the drawn-out saga of developers wanting to buy the Maryville campus at Montrose & Clarendon, and the creation of a TIF for that purpose by former alderman Helen Shiller.

In the ensuing seven and a half years, there have been several different developers, countless plans and renderings, TIF money reductions (from $50-60 million to $16 million), hearings, public meetings, city council committees, and more red tape than we ever thought possible.

Unbelievably, it could all be done by mid-week. According to Ald. Cappleman's latest newsletter, the proposed redevelopment plan needs to clear two more hurdles -- approval by the City Council's Finance Committee and the full City Council. We'll know the outcome by Wednesday.


"Next Tuesday, June 21, the Maryville project will go before the City Council Finance Committee, and then, if it passes, for a full vote before the entire City Council the following day. This is a $15.8M TIF development that is located entirely on tax-exempt property, and therefore has no money available in it until a development is built and begins to create tax revenue.
To view the plans for this site, click here."