Marriage Equality: What's Next At The Bezazian Saturday 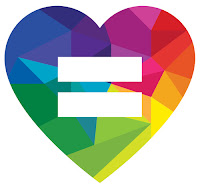 Two years after Illinois became the 15th state to have marriage equality, and nearly a year after the Supreme Court decision made it the law of the land, the Bezazian Library is honored to have four of the primary figures who made it happen in Illinois take part in a discussion about what happened, and what is next.

This panel discussion on the struggle for marriage equality in Illinois and the next steps in the fight for civil rights of Americans features several key figures in the efforts to make marriage legal for all Illinoisans.
The Created Equal film set and public programs have been made possible by a major grant from the National Endowment for the Humanities, as part of its Bridging Cultures initiative, in partnership with the Gilder Lehrman Institute of American History.
By Kate Uptown - May 13, 2016