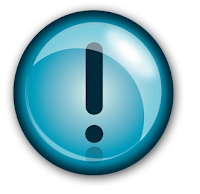 Caveat: This incident did not happen in Uptown. It's not our usual policy to talk about events that happen outside our borders.

But -- Lincoln Square is close, and this guy is still out there. We want to reiterate to readers to be alert and aware, because he needs to be caught. This happened in daylight, on a busy street, in what is considered a nice neighborhood. It goes to show that you can never afford to let your guard down or take your safety for granted. Chicago's never claimed to be Mayberry.

At 5:10 on Thursday afternoon, a man tried to kidnap a woman near the 2000 block of Wilson. That's near Damen, near the new Lycée Français de Chicago.

The man parked his car, got out, approached the woman on the street, grabbed her arm, and tried to force her into his car. She fought back, she hit him, and he took off. She called the cops immediately.

He is described by the CPD as a male Hispanic, 30-38 years old, approximately 200 lbs., 5'7", with a light complexion, dark hair and brown eyes. He was driving a red four-door sedan.

If you're waiting at a bus stop, if you're walking down the street, please be aware of your surroundings. Don't have all your concentration focused on your phone. If something bad happens to you, call 9-1-1. If you can, get a good description of the person who tries to hurt you, including shoes, scars, or other identifying information.