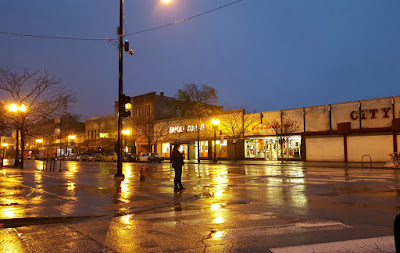 For the first time in many months, the northbound lanes on the 4600 block of Broadway are open to vehicular traffic. That's good news both for drivers and for the small business owners whose customers haven't had full access in quite a while. Leland at Broadway is still blocked off due to ComEd work, so the right turn lane on Broadway is inaccessible.

On Monday night through Wednesday night, May 2nd through 4th, CTA will close lanes in both directions while they put up steel for the second new set of tracks for the Wilson Red Line rehab. Work will begin no earlier than 9pm and will finish no later than 5am.
By Kate Uptown - April 30, 2016