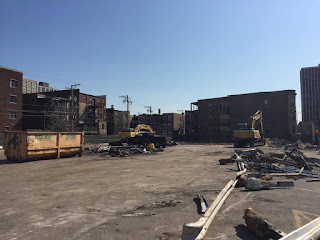 The developers of the former Dearborn Wholesale Grocer site took a while to get through Chicago's lengthy permit process, but they've made quick work of things since the demo permit went through on April 4th. The site has been completely cleared as of this morning. We're eager to see construction begin on the new building, which will house Ross Dress For Less and another to-be-announced retailer. 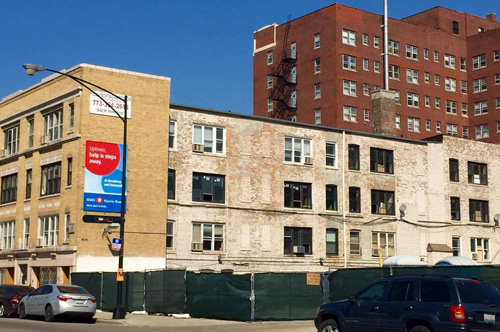 Right next door, the new owners of 944 Montrose are upgrading the property, as they said was their intention when they bought the building last summer. You can see the new dark-framed windows on the east side of the building. Apartment and retail upgrades are also underway.