Wilson Men's Club Hotel Is For Sale, And Oak Park Columnist Is On The Case 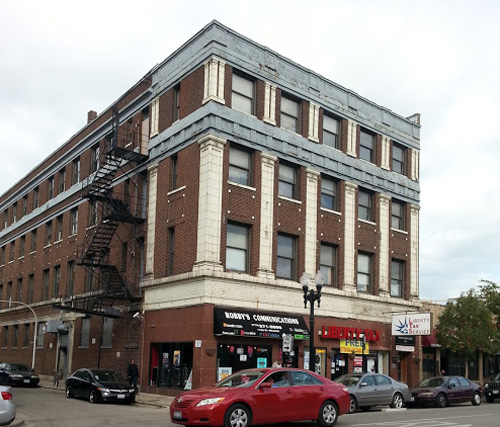 It's always entertaining when people who don't live in Uptown tell those of us who do what is acceptable for our community. So many outliers care so greatly about Uptown from their nests in Rogers Park, Ravenswood, Chatham, and Northbrook. They feel we should turn to them for answers because we're just too unaware to know what's best for the community we grew up in, live in, and vote in.

Just this morning, Mark Brown of the Sun-Times fired up his Mac from Oak Park and took on the future of the Wilson Men's Club hotel at 1124 Wilson.

Owner Jay Bomberg has been selling his company's properties in Uptown. The Wilson-Windsor Apartments at 915 Wilson and the Bachelor Hotel at 1136 Wilson have already changed hands. Now Mark Brown is concerned about what will happen if and when Bomberg sells the Wilson Men's Club (which has been on the market since at least 2013):


Instead of aggressively pushing out residents in preparation for a sale to market-rate developers, owner Jay Bomberg has been accepting new tenants and promising to try to find a buyer who will preserve the Wilson Men’s Hotel for low-income housing. Bomberg says he’s conducting “business as usual.”

Meanwhile, Ald. James Cappleman (46th), one of the prime movers behind a 2013 effort to shutter the cubicle hotels, has told residents he supports efforts to keep the facility affordable.

Bomberg told Brown that "it’s still possible the building will be sold to a buyer who would continue to operate it as a cubicle hotel." The building had a sales contract, according to LoopNet, in 2013, but if that was true, it didn't happen.

Here's an idea -- why don't all those people who are very concerned about Uptown pool their money and buy the place? Surely they want some skin in the game. Oak Parkers, Ravenswoodians, Chathamites, Northbrookers, Rogers Parkers -- start talking to your banks about loans and mortgages. We're sure Jay Bomberg would be happy to complete another sale, and you can do whatever you'd like with Wilson Men's Club hotel.

Or is it more fun to view Uptown as your own personal SimCity without actually having to be part of it?
By Kate Uptown - February 06, 2016