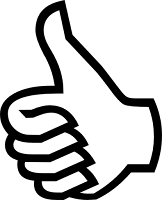 
"Thank you to everyone who came to the General Meeting tonight. The final vote on the 931-933 Belle Plaine Development was
Which means the 17 unit plan is approved. The developer indicated that they would likely begin construction in the spring."

The original proposal was for a new 20-unit residential building on the property, which has served as a parking lot for many years.

The residents of Buena Park and the developer have been meeting about the plans for the property for the past six months. Buena Park Neighbors had published the meeting agenda, which included the item: "Mike Chioros will present a revised plan for a proposed new building at 931-933 Belle Plaine, which will be followed by a vote."

We don't have renderings of the 17-unit plan as referenced by BPN yet, but we'll post them as soon as we get them.
By Kate Uptown - December 08, 2015