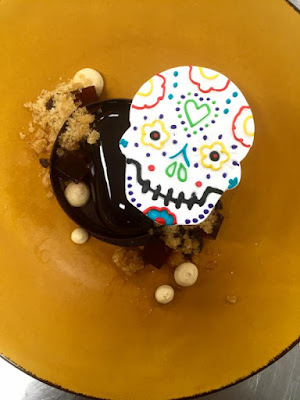 The chefs at Cantina 1910, in its first season at 5025 North Clark, are commemorating Day of the Dead. The holiday is celebrated throughout Mexico, and is an occasion for families to remember those who have passed, traditionally by decorating their graves with altars, and bringing marigolds, sugar skulls, breads, and their favorite foods.

Cantina 1910 has created some desserts and cocktails in the spirit of the day, in homage to those who have crossed to the other side of the veil.
Cantina 1910 is now open for brunch on weekends from 8am-3pm, and re-opens for dinner at 5pm. The bar remains open until the wee hours of the morning for drinks and desserts.
By Kate Uptown - November 01, 2015