What came down, must go up. The massive Wilson L project has moved from destruction to construction, at least in regards to the first set of tracks, which were demolished between Sunnyside and Leland this past spring and summer. Now the new tracks are being built, and yes, there will be street closures.

CTA tells us that caissons will be installed around the station beginning Tuesday, September 8th. Caissons are support structures put into the ground to bear the weight of the columns that will hold up the new tracks. So it will be noisy, dirty and loud around the station for a couple weeks because they will be drilling into the ground, but eyes on the prize: New station. No support columns in the street when it's all done.

Here's the schedule and the closures.

Here's what they're working toward -- a new track over Broadway with no support pillars in the street: 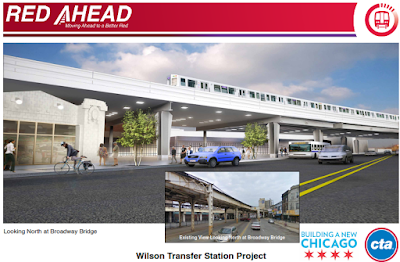 After they've accomplished that, the remaining tracks and metal pillars, which date back to 1907, will come down and Broadway will be sunnier, wider, and obstruction-free. 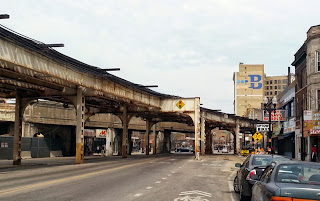