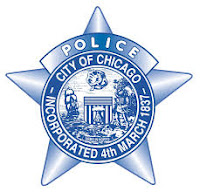 In his weekly newsletter, Ald. Osterman talks about the recent incidents that have taken place in the area around Argyle between Broadway and Sheridan, and his and the police responses:

"At 2:15 am on Wednesday, two men, aged 32 and 34, were shot and killed in front of 5022 N. Winthrop. This incident is believed to be gang related and connected to drug sales. Last night, Jonathon Thompson, 33, and Michael Laster, 28, both of Chicago, were charged with first-degree murder in connection with this incident. Both individuals have been involved in past criminal gang activity in the Argyle Street area.

These latest shootings were the fourth and fifth since July 31 in the area around Argyle, all of which are believed to be connected to an internal gang conflict. After the last shooting, on August 7, the 20th District assigned a beat car 24 hours a day at Argyle and Kenmore and increased patrols in this area. This deployment was insufficient and failed to prevent the homicides that occurred Wednesday morning.

I have had conversations this week with Mayor Emanuel and Superintendent McCarthy about the ongoing violence in this part of our community and strategies for addressing it. The Chicago Police Department will be directing an intensified effort targeted against gang activity in the area around Argyle, which will include gang saturation teams and tactical teams and the assignment of a beat car dedicated to Argyle and Winthrop. To assist the police in their efforts, please contact Marko Zaric in my office at Marko@48thward.org if you have any information or witness any gang or drug activity in this area.

At 6:30 pm next Wednesday, September 9, we will conduct a Public Safety Walk with 20th District Police Commander Cornelia Lott around the Argyle Street area. We will start at my satellite office at 1022 W. Argyle and we ask you to join together with us on this walk.

My office on Argyle will remain open for the next few months as we work with the residents, police, business owners, and organizations to improve safety in this area. Please contact us at 773-784-5277 or Harry@48thward.org if you want to be a part of these efforts.

In recent years and throughout this summer, our collective efforts have improved safety in many parts of our community. But the Argyle area still faces drug and gang activity. My priority will be working with the Chicago Police and other stakeholders to attack these problems from many fronts until the gang and drug activity has ceased and the safety is where it needs to be for those who live, work and go to school in this part of our community."
By Kate Uptown - September 04, 2015