Filmmaker Talks About His Documentary Alleging Child Sexual Abuse At JPUSA: "They're Not Going To Shut Me Up With Money" 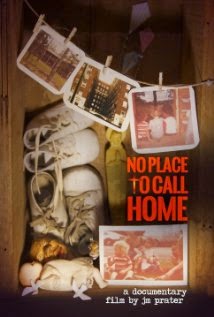 As long-time readers know, documentary filmmaker Jaime Prater created and released No Place To Call Home last year, recalling his upbringing at Jesus People USA and interviewing others he grew up with there. Many of the adults who appear in the film allege that child sexual abuse was rampant during their childhoods at JPUSA, which still maintains a presence in Uptown with Friendly Towers (920 Wilson), Everybody's Coffee, and the Cornerstone Community Outreach shelters on the 4600 block of Clifton.

Now Buzzfeed has done an in-depth article about the film and its aftermath, interviewing Jaime Prater about the reactions to his documentary and how it affected him and others he interviewed, as well as the JPUSA community itself. The ostracism and pressure drove Jaime into a deep depression and suicidal thoughts.

The article is long and detailed; we urge you to read it. Make up your own mind about whether the people interviewed are telling the truth. Trigger warning: The accounts of childhood sexual abuse, both in the article and in the film, are explicit.  If nothing else, it shows the long-term effects of childhood sexual abuse, to those experiencing it and those seeking to cover it up.  We hope for healing for everyone who claims to be a victim, especially those brave enough to be interviewed in the documentary and those currently involved in a lawsuit about their recollections of growing up being abused and unable to get help from those they confided in.

The article is here.  A link to the video, on Vimeo On Demand, is here.  UU's past coverage of Jaime Prater, including an email interview with him, is here.

A few excerpts -- but really, read the whole thing:


When Prater finished the film and posted it on Vimeo, it went nowhere: Only a few hundred people saw it, and Prater didn’t submit it to any festivals or distributors. “I didn’t want people to think this was about me, or that I was doing this to get famous,” Prater says. But within the walls of JPUSA, and the broader Christian world, it was a bombshell. Prior to the film, no one, other than perhaps JPUSA leadership, had known about allegations of widespread sexual abuse or possible cover-ups. Suddenly, Prater had cast himself into the uncomfortable role of whistleblower.

The fallout was swift: One of the members of the leadership council, who also functioned as their in-house attorney, left with his family shortly before the film was released. Two more council members, including the son of the founder, would follow. JPUSA seemed to be crumbling from within.

In December 2013, with the editing of the film nearly over, Prater sunk into a deep depression, even considering suicide. Most disturbing to him was how many times people had gone to the JPUSA council and the Evangelical Covenant Church [ECC] to report abuse. Again and again, alleged victims were told that the council would handle the matter internally. And almost without exception, that meant finding a way to keep victims silent, while doing nothing to reprimand the accused.

As soon as the film started making waves, triggering the defections of prominent families and attracting the attention of the national press, JPUSA tried to silence Prater, threatening him twice with a defamation lawsuit. Those threats came and went, but Prater says JPUSA’s attorneys told him they would begin negotiations on a settlement related to his suit against the church only if he changed key parts of his film, excising any abuse allegations against John Herrin Jr., and tracked down every copy of the film. He complied with their request to edit the film, but he refused to take it off the internet.

“I’ve lost more than I’ve gained for speaking out,” Prater told me. The making of the film consumed his life for two years, eventually causing his partner to leave him. People he’s known since childhood stopped talking to him.

Last July, Prater’s lawyers called him with an offer from JPUSA. They would begin to negotiate a settlement if he promised to stop talking to the press.

“They don’t realize that they’re not going to shut me up with money. That’s not why I’m doing this,” he said. “I want an acknowledgment of what happened, and some kind of accountability. That’s the only way so many people can heal, and it’s the only way I can be assured something like this won’t happen there again.”

Shortly after the film’s release, 18 members, including Prater, filed a lawsuit against JPUSA and the ECC, seeking damages for the abuse they suffered. The lawsuit is in mediation, and several attorneys related to the suit called me and advised me not to speak to their clients. JPUSA leadership declined to speak to me for this article, despite repeated requests, as did their attorney. Only Edward Gilbreath, the executive director of communications for the ECC, would say anything. He stressed that while JPUSA was a member congregation of the ECC, it was an “autonomous self-governing organization” that made its own rules. “We take these matters very seriously,” he told me. “And we’re concerned for all parties involved, but beyond that I can’t comment.”

Many who left are still trying to come to grips with their years at Friendly Towers. For the earliest members, the continued existence of JPUSA is a testament to good ideas gone bad. “It could have been a utopia,” John Prater [Jaime Prater's father] says. “It should’ve been an upside-down community, but it’s not. It’s a top-down community like any other business. And that’s not the gospel Jesus preached.”

In the end, one of the alleged victims told me, it came down to power and preservation. Even today, the leadership council sits at the top of a multimillion-dollar business empire, to say nothing of the real estate it owns with the ECC throughout Chicago. Several members told me JPUSA’s affiliation with the ECC has allowed it to buy property with what essentially amounts to ECC financing.

“It was like, ‘Look at this thing we built. Do we want this to have a tarnished name? Do we want to lose it?’” says Tamzen Trott, whose father remains at JPUSA. “And so instead you cover it up, and the more it happens, the deeper it gets.”