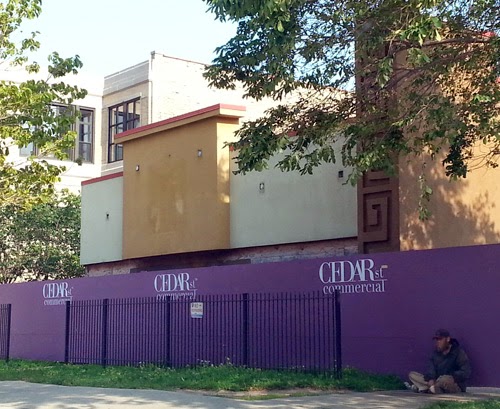 The proposed Cedar Street development at Sheridan and Wilson is a little closer to becoming a reality. We'd heard rumors, but today it was confirmed by Ald. Cappleman's office that residents living within the boundaries of the Clarendon Park Neighbors block club unanimously approved a zoning change at their meeting on August 6th.

Since January of 2010, when El Pollo Loco closed most of its Illinois stores, a corner of a prime intersection has sat empty.  A multi-year guaranteed lease between El Pollo Loco and the property owner added to the lack of development there. We think six years of an empty lot at one of Uptown's busiest intersections is long enough.
By Kate Uptown - August 17, 2015