Rising From The Ashes, First Unit In Vintage Building Is Listed For Sale

In the early morning hours of December 5, 2013, neighbors of the vacant vintage graystone at 4631 Kenmore were awakened by sirens.  The building was on fire, the source of which was eventually discovered to be the rear stairway. The fire spread throughout the top-floor unit.  You can see some of the photos of the smoke and flames here.  The entire building suffered smoke and water damage.

Despite its damaged condition, the boarded-up building sold for more than its asking price last summer, although it was too dangerous for prospective buyers to be able to enter it for an inspection.  Rehab work started almost immediately.

We've been watching the progress of the reconstruction, seeing the building regain some of its original beauty.  A reader sent us a real estate listing last week:  The top floor unit, the one that is shown in the first picture above on the night of its devastation, is the first to be completed and the first to be listed for sale. 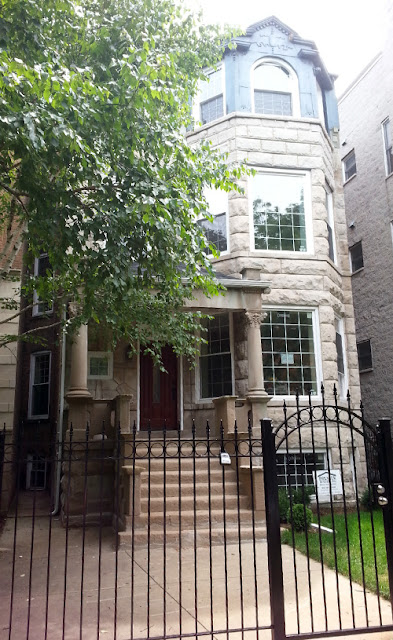 The listing mentions that the 1901 building's "developers saved the exterior while constructing everything from floor joists to the water service."  The unit has 3 bedrooms, two full baths, and parking, as well as modern amenities.  No use lamenting that the vintage touches weren't kept; they didn't survive the fire.

Know anyone who's interested?  Steer them to the listing.  We're so glad that a building that survived more than a century in Uptown was restored, rather than knocked down.
By Kate Uptown - July 20, 2015