How Uptown Schools Fared With the New CPS Budget (Hint: Mostly Not Well) 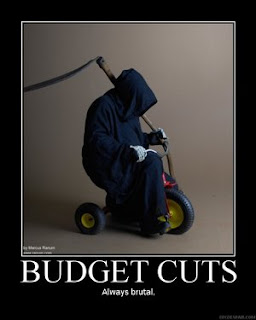 Greg Hinz of Crain's has written an article on how budget changes will affect each Chicago public school in the upcoming school year.

"Chicago Public Schools just released the detailed list of how the new budget for the 2015-16 term will affect each of its 656 schools, and the variations are dramatic—particularly between “regular” neighborhood schools and charter/contract schools.

As hinted in a preliminary briefing earlier today, some charters will get as much as $2.4 million more than this year while non-charters will lose as much as $1.35 million. Check out the list to see what happened to your school." The entire article is here.

It's a complicated chart, and we're not budget gurus, but it looks like this is how it will shake out for Uptown schools. The chart is here, all 56 pages worth.
* not in Uptown, but attended by Uptown residents

Gonna be a grim year, particularly for students at McCutcheon, who are not only losing more than 20% of their funding, but who also enjoyed being the Adopt-A-School partner of the Chicago Bulls last school year. They've got a very strong principal who brought up the grades throughout the entire school over the past couple years, and raised the school two levels in CPS rankings, but losing that much funding is going to have an effect.

Last year, Uplift was running at 37% of its enrollment capacity.  With the projected loss of 32 students, this brings its projected enrollment to just 298 students.  We were all proud of Uplift taking the basketball state title last spring, especially impressive since the student body is so small.  Uplift's enrollment is smaller than every single grade school in Uptown, and less than one-fifth the size of Disney's.
By Kate Uptown - July 14, 2015