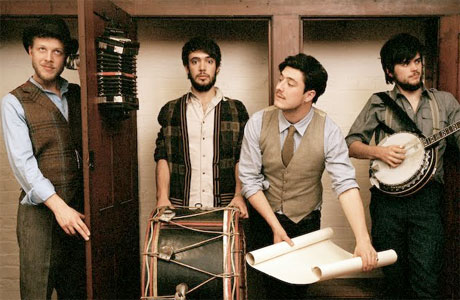 "Folk band Mumford & Sons will be holding a concert at Cricket Hill on June 17th. In an effort, to address any questions or concerns regarding a large event in our Ward we will hold a public meeting on Tuesday, June 9th at 7:00PM at the Clarendon Park Field House [4501 N Clarendon].

Representatives from JAM Productions and the City's Office of Emergency Management and Communication will attend the meeting to discuss the concert. They will share their plans to make sure the impact on residents is minimized and that the event goes as smoothly as possible.

Montrose Harbor is becoming an important part of enhancing the Uptown Entertainment District. I am excited for the opportunity of a major entertainment act at Montrose to showcase our Ward."

Overkill?  For an example of a terrible concert event, remember the unauthorized music festival last summer that turned into riot in which police officers were injured by thrown bottles and other projectiles.  If memory serves, the promoter not only didn't have a license, he didn't have insurance or security, and the Park District had no idea the festival would be happening.  Let's see it done the right way on June 17th.
By Kate Uptown - June 06, 2015