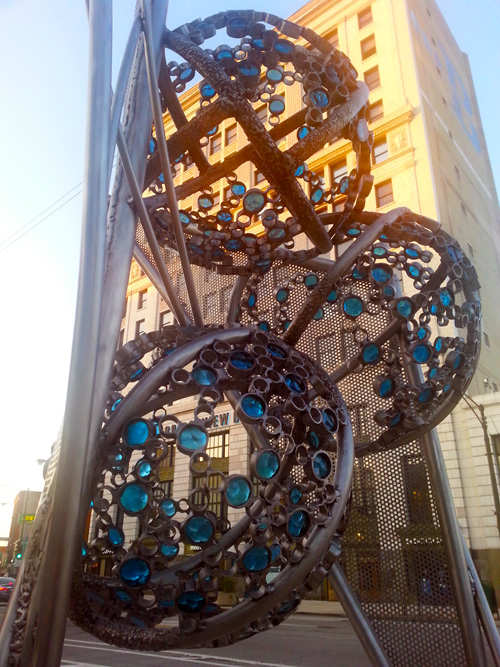 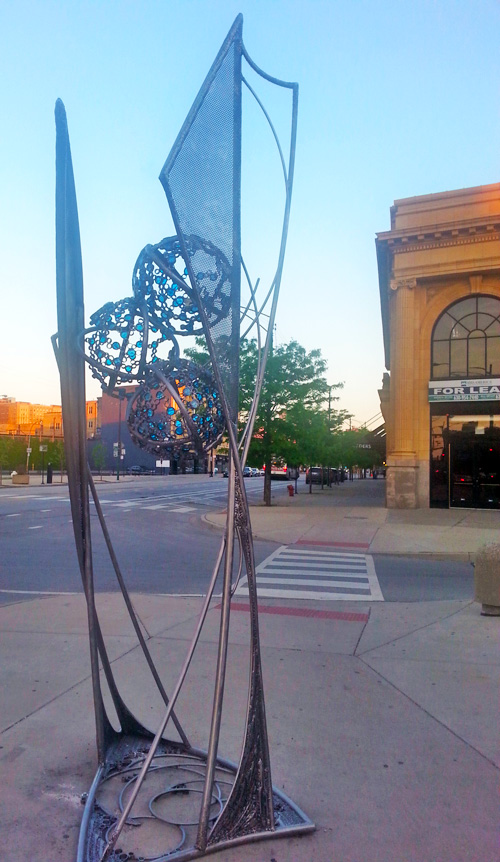 It hardly seems a year has gone by since the shiny metal sculpture "Two in the Hand" by Michael Young was placed on exhibit in the Racine/Broadway triangle.  But it was only ours for a year, and now it's moved on, to be replaced by another piece of public art.  This one is slightly smaller, but no less interesting.  We've made a couple inquiries, but have no solid information about it.  We'll update as soon as we find out.

Incidentally, the plans for the triangle plaza and Broadway streetscape are still happening, but will be delayed by half a year or so.  You can fight a lot of things, but you can't fight weak infrastructure, in this case the vaulted sidewalks around the Bridgeview Bank Building.

In his latest newsletter, Ald. Cappleman says, "The Chicago Dept. of Transportation has informed us that the $6M streetscaping project on Broadway from Gunnison to Leland will start in the spring of 2016 rather than this fall. The reason for the delay is due to the vaulted sidewalk issues surrounding Bridgeview Bank. The vaults are in need of repair first before the major streetscaping begins. Click here to view the plans for the project."
By Kate Uptown - May 28, 2015