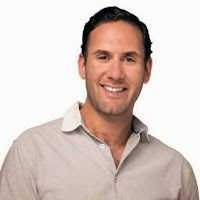 Jay Michael of FLATS revealed publicly this week that he's battling cancer.  A few months ago, he started feeling weak, and was ultimately diagnosed with stage 4 non-Hodgkin diffuse large B cell lymphoma.  Jay talks about his diagnosis, prognosis, and hope in an article in Splash Chicago called "MY CHOICE TO LIVE: PART I."  He'll continue to document his battle in subsequent articles, and ends this one by saying


"This is the beginning of my story. My story to take a stage 4 cancer diagnosis and unravel it into my license to live. In fact, to live an even better and richer life than I ever could have imagined possible before cancer. Follow my story through what will be a battle of all battles — but one that will leave me with the final blessing of a beautiful life."

We wish him the best; if determination and sheer stubbornness can beat cancer, our money's on Jay. Cedar Street, of which FLATS is a division, will go on while Jay fights the most personal of battles. While he's the public face and co-founder of the company, he has partners, a board of directors, and about 100 employees headquartered at Sunnyside and Broadway. We are sure their thoughts and good wishes are with Jay as he becomes, in his words, "a newly appointed Warrior against stage 4 cancer."
By Kate Uptown - May 15, 2015