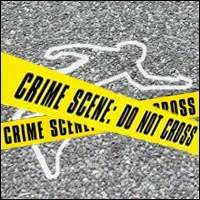 As many readers are already aware, there was a shooting that resulted in a death in the wee hours of the morning on Wednesday.  It happened at 1:50am in the 4500 block of Broadway.  A 24-year-old woman who was a passenger in a car was shot in the head.  The driver of the car took her to Illinois Masonic, where she was pronounced dead.  Readers tell us that Broadway was fully blocked off by the police doing investigations by 2:30am.

We've been waiting for more information to pass along, but there's nothing more to report. We heard a rumor that the couple was from central Illinois, not from Uptown.  Other than that, there's no further information to be had.

Was it road rage?  Was it a domestic situation?  Was it gang-related?  Was she a target or an innocent bystander?  We don't know any of those answers.

What we do know is that a family is burying a young woman and grieving her senseless death.  It's so very sad, and our hearts go out to those who loved this young woman.

Update from Ald. Cappleman's 4/17/2015 newsletter:  "At approximately 1:50AM Wednesday morning, a 24 year old woman was fatally shot in the head on the 4500 block of N. Broadway. Chicago Police Department detectives are gathering information including video footage. CPD has stated that they do not believe this was gang-related. If you have any additional information or questions, please call the 19th District CAPS office at 312-744-0064."

Update:  The victim has been identified as 24-year-old Jennifer Ponton, of Bradley, Illinois, in Kankakee County.  May she rest in peace, and our deepest condolences to those who loved her.
By Kate Uptown - April 17, 2015