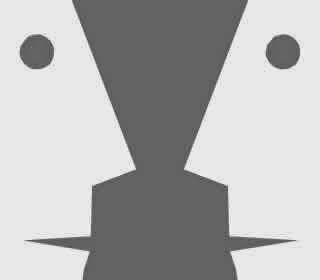 In its daily mailing, Aldertrack summarized last night's debate between the 46th Ward aldermanic candidates.  One of its members, Mike Fourcher, was a moderator.  Here's their take:

Near the start of the debate, Crawford accused Cappleman of asking the Salvation Army to stop feeding the homeless along the lakefront, and of attempting to reduce market-rate affordable housing in the ward. As he has in other debates, Cappleman denied the Salvation Army accusation, that he is in favor of harm reduction shelters and the city’s 2.0 Plan to move homeless into full time housing with wraparound services. “We have 4,470 units of government affordable housing. No other ward in the city has as much as we do,” he said.

Crawford said crime was a persistent and increasing problem in the 46th and touted her Fraternal Order of Police endorsement. “The past four years have been a failure. The murder rate is up 400%.” Cappleman “stood by” during a 2013 merger of 19th and 23rd Police District forces, Crawford said, “we need to call for the reallocation of some police resources,” including more beat police.

Cappleman retorted that crime has actually gone down in the ward, accusing Crawford of never attending a CAPS meeting, then pivoted to tout economic development, saying an average of one business a month is setting up shop in the 46th Ward, which has drawn businesses to support him, “70% of my campaign contributions have come from ward businesses and the residents themselves.”

Cappleman also claimed credit for the $200 million Wilson L stop renovation project, but when pressed on one of his biggest campaign promises of the last cycle, renovation of the Uptown Theater, the alderman said despite appearances, “a lot has happened.” He said businesses are moving in, and a $6 million dollar streetscape with an outdoor plaza is in the works.

“That’s just another case of overpromising and under-delivering,” Crawford shot back, saying Cappleman promised to have theater renovations completed in 2015. She compared Cappleman to former Ald. Helen Schiller more than once, and said voters “know they won’t get any more independence now that the alderman has taken about $60,000 of help from the mayor’s [Chicago Forward] PAC.” If elected, Crawford says she would join the City Council Progressive Caucus.

On speed cameras, while Cappleman said he opposes and voted against creating speed cameras, Crawford said they need to be modified to increase transparency and accountability, “I don’t want to wipe them out and create a $40 million hole in our budget.”

Cappleman said he’d be open to a hybrid school board but Crawford said she stands with majority of 46th Ward voters who supported an elected school board in the general election referendum. Both would retain Barbara Byrd Bennett as Chicago Public Schools superintendent.

Crawford said she would be open to a single casino in Chicago. When Crawford answered, Cappleman accused her of changing positions on affordable housing, pensions, and casinos and says he wants casino revenue to go toward paying pensions.

There was no mention of pigeons during the entire 30-minute debate. – by A.D. Quig - ad@aldertrack.com

UU Note:  Aldertrack has been providing free daily updates during the election season, and will begin a pay format beginning Wednesday, April 8th.  If you're interested in Chicago politics, you can read more about Aldertrack here.
By Kate Uptown - April 04, 2015