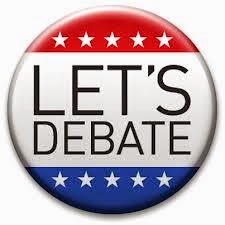 After a year and a half of campaigning, its hard to believe (and a bit of a relief) to know that we're in the final week.  Tuesday night we'll have a winner -- and at least a few years off from local campaigning.

If you're still on the fence about who to vote for, you'll have two more chances to see Ald. Cappleman and Amy Crawford go head to head discussing the issues.