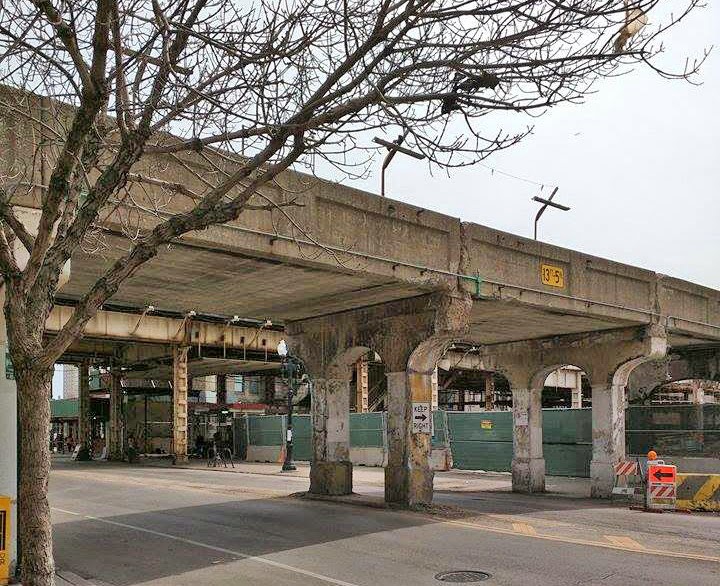 The next seven days are going to see the demolition of unused train overpasses at both ends of the Wilson station.
Click on the links above for the CTA's notices about each project. We have just received info about the rerouting of the buses next week:

Buses are running normally, but the re-routes will be: