"The Little House On Winthrop" Site To Be Empty No More 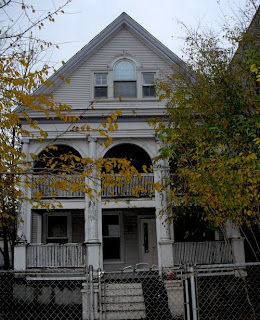 Some readers may remember the post from 2009 about "the little house on Winthrop," an 1899 A-frame home that was falling apart and was used as an emergency shelter for immigrant women and children experiencing domestic abuse. The house was charming and historic, but too far gone to be saved, so it was torn down in 2010, leaving an empty lot on the 4700 block of Winthrop.

Apparently the agency that owned the home has been successful in fundraising, because neighbors recently received notices informing them that a zoning variation is being requested for a home that will be built on the site. Because the previous building was zoned as an emergency shelter, no zoning change is needed.

Given the poor management of a couple Uptown shelters in the past, some wariness on the part of neighbors might be expected, but in this case we don't think it's warranted. We spoke to two long-time neighbors of the home and some police officers, and they all said the same thing: the shelter has always been a good neighbor.  No one remembered any incidents involving the house, its residents, or visitors.  As one officer told us, "If you didn't know it was a shelter, you'd never know it was a shelter."

The new home won't be a quaint, historic A-frame.  There probably won't be blog posts written about it.  But we're glad to know that there will soon be a safe haven for women in crisis, and we're really happy to have one less empty lot sitting on a residential street.

Below is the zoning variance request notice received by neighbors of the property.  We've blacked out the exact address because ... domestic violence shelter, you know? 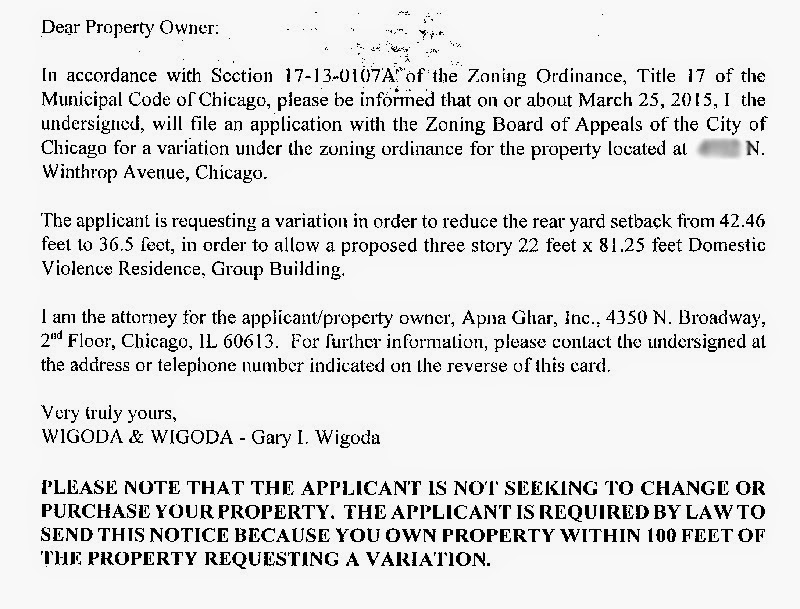