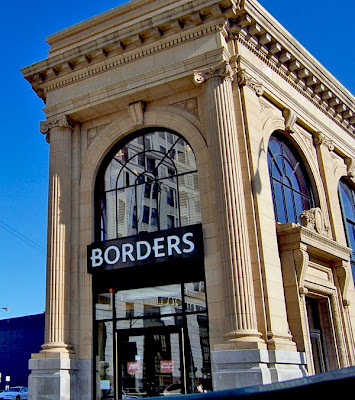 After four years of vacancy, the second floor of the former Borders store will be home to a new fitness center that specializes in climbing. First Ascent is a place where people can go as a group or individually for recreation and entertainment.

The Chicago Tribune has a detailed story about the search for the right tenant, and the surprising way that the billboard helped attract a tenant.

According to an email from Alderman Cappleman, he is "now focused on getting a restaurant with late hours on the first floor to compliment the outdoor plaza that will be installed later this year in front of the Riviera Theatre. This will serve as another dining option for those taking advantage of the exciting night life that is developing in this area.


With Uptown Underground featuring Kiss Kiss Cabaret across the street at 4707 N. Broadway and the Level Up-town Arcade Bar coming into the former Annoyance Theater space at 4830 N. Broadway, we're seeing an unprecedented amount of entertainment-focused development occurring in this area."