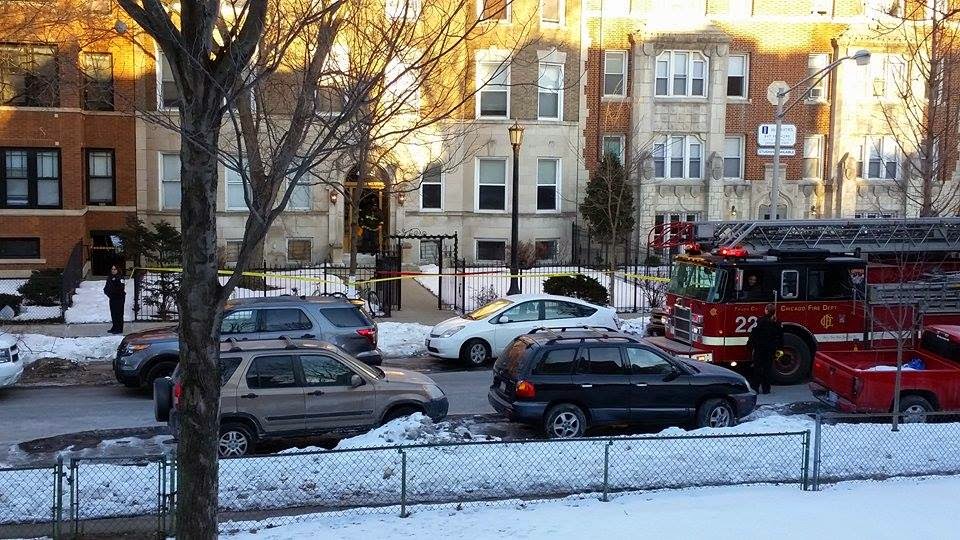 A man was shot in the lower right leg around 4:45pm on the 4700 block of Beacon, near Lawrence. He ran for cover in the lobby of one of the residential buildings on that street, where police found him and EMTs began treating him. The shooters are reported to have been in a red Altima or Cruz. Due to the increased police presence in the area since Saturday, police were on the scene quickly, and police helicopters were dispatched to find the car. We will let you know any updates as we get them.

Update:  Police say the victim has several narcotics arrests, still looking to see if he has a gang affiliation.  Someone who lives on that block posted on UU's Facebook page, "Was talking to alderman Cappleman outside and he said the gangs are causing havoc because they shut down a big drug spot. Seems like they are feeling the heat." 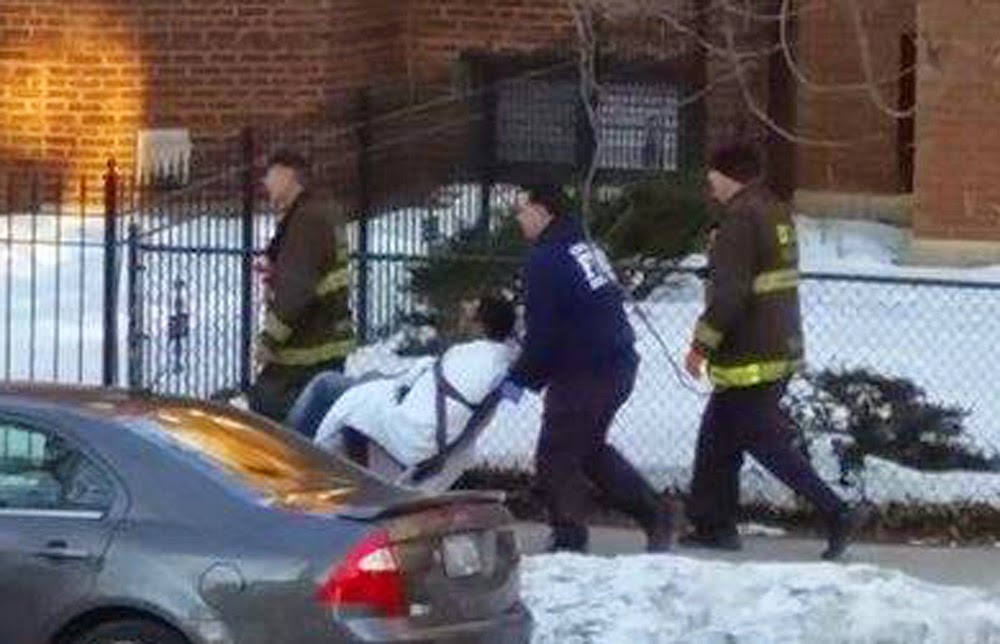 Update:  Evidence technicians on the scene.  The victim has been taken to Illinois Masonic hospital, in "good" condition.
By Kate Uptown - February 23, 2015