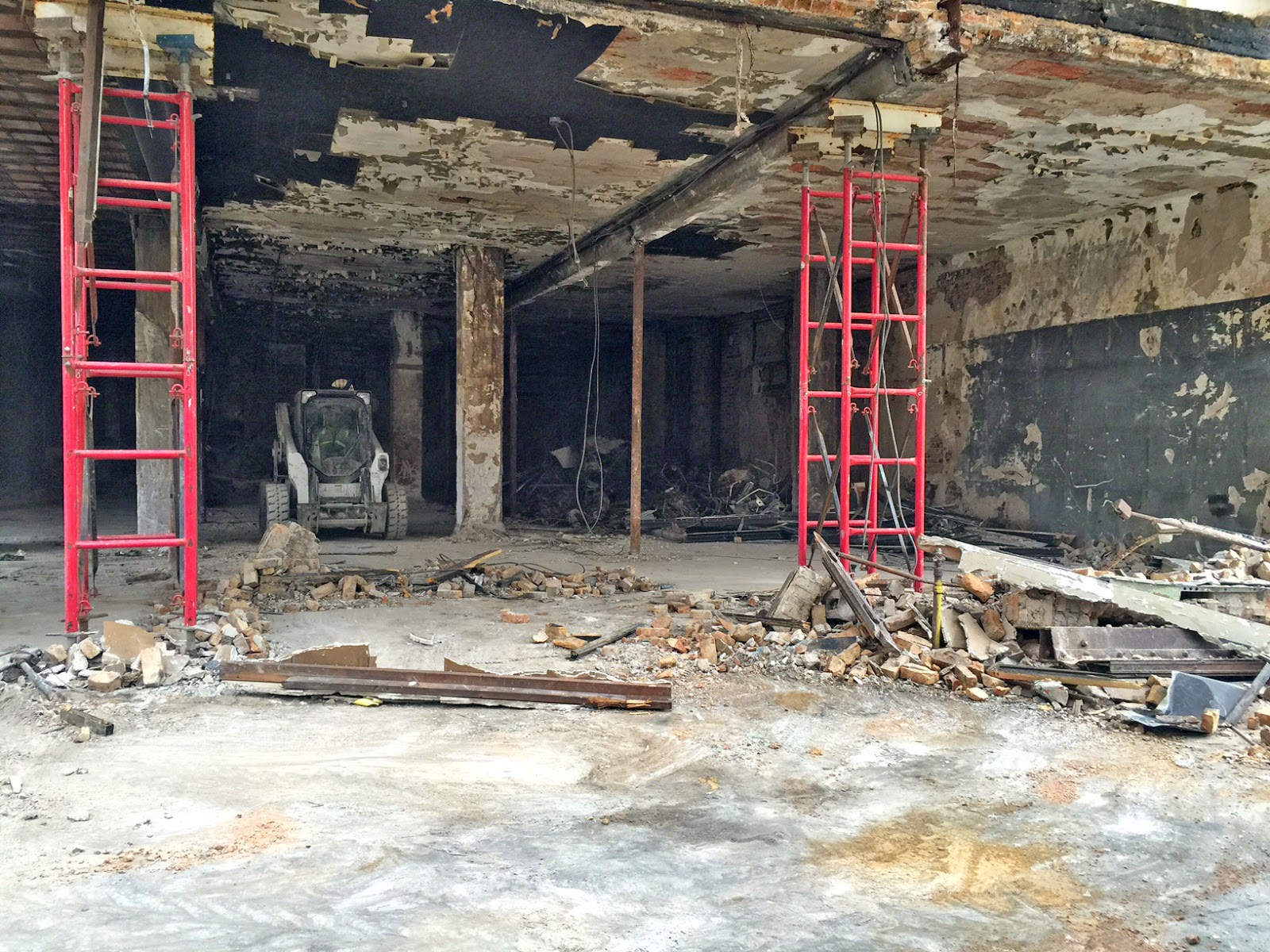 We knew it best as the "Majestic Store (Everything For Men)," but officially it was the H.W. Rubloff Building, located at 4701 N Broadway.  The little terra cotta gem was built in 1922, designed to fit right under the spanking new elevated train tracks that had just been built above it the year before.  It predated its flashier next-door neighbor, the Uptown Broadway Building, by about five years.

Time wasn't kind to the Rubloff Building.  The ceiling collapsed, the terra cotta started falling off, and the CTA didn't do any maintenance to prevent the building's decline.  Its long-time tenant, Majestic For Men, moved out a few years ago and the building has stood empty ever since.  Now it has been gutted, and the decrepit exterior pieces of the building have been numbered, and taken away.

What's next?  The building's footprint will eventually hold support pillars for the streamlined train tracks that will go across Broadway at Leland.  The CTA plans to reassemble the exterior walls of the Rubloff Building around the pillars.  Presumably the terra cotta will be restored before it's put back in place.

Gonna be an interesting next three years, watching the new Wilson L take shape, as well as the community around it.
By Kate Uptown - December 15, 2014