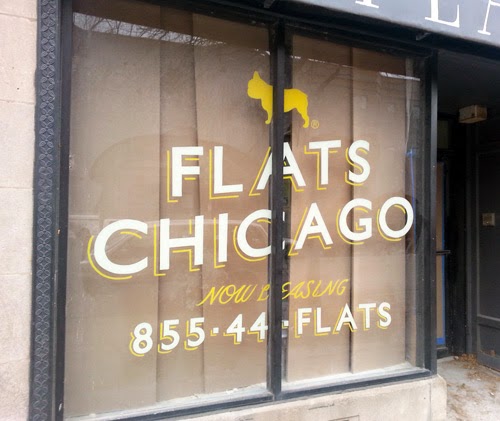 The "Now Leasing" sign is out at 1325 West Wilson (at Beacon) in the old Norman Hotel. two and a half years after the negligent former owner sold the building due to foreclosure.  Today we saw work going on outside in the patio area that used to be the one of our favorite parts of the Fontana Grill (which we still miss, although we are giving up hope of the promised reopening).

FLATS is apparently taking its partnership with Heritage Outpost seriously.  The bike store/coffee shop, which will take up some of the storefronts at the Norman Hotel location (as well as in the former Lawrence House), is giving a free bike to each tenant who signs a two-year lease by the end of the year.  See the email below for details. 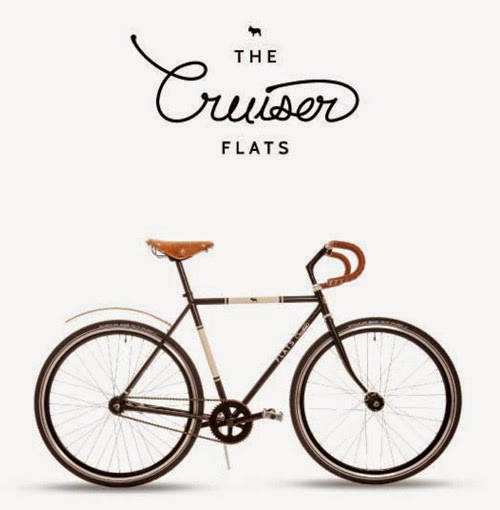 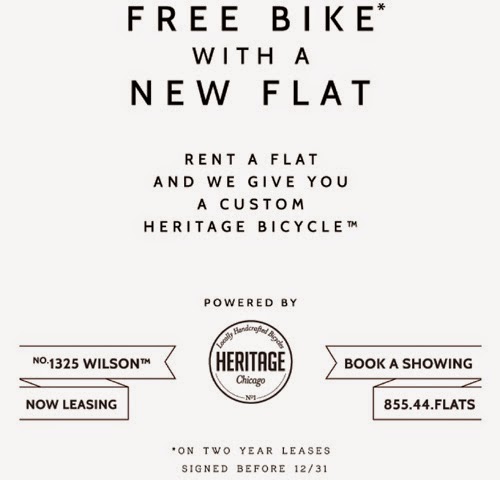