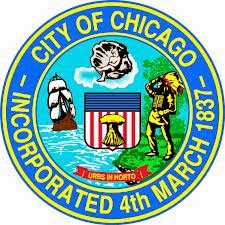 Ald. Pawar and Ald. Cappleman are members of a new Affordable Housing Task Force, the aim of which is to reform the city's existing Affordable Requirements Ordinance (ARO), which has created 187 units since 2007.  The goal of the new AHTF is to add 1000 new affordable housing units in "high growth areas with access to transit and jobs" within five years.

The Task Force will have 65 days to complete a public engagement process and issue a report with recommendations. Written comments and suggestions will be accepted through Aug. 11 at ARO@cityofchicago.org or via mail to ARO Advisory Panel; 121 N. LaSalle, 10th floor; Chicago, IL 60602. The City expects to introduce an updated ARO Ordinance to City Council this Fall.

The press release mentions that this is part of the Mayor's Five Year Housing Plan to commit $1.3 billion in public and private funds to build, rehabilitate, or preserve 40,000 units of affordable housing within five years, including selling lots for $1 in Englewood and West Garfield Park to residents of those communities.
By Kate Uptown - July 21, 2014