Remember last February, UU ran a notice about the Showtime series Shameless filming near Broadway and Lawrence?  Last night the results were on the show's season finale. 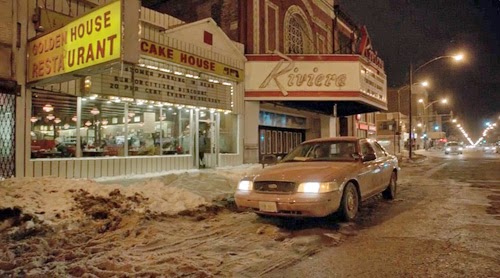 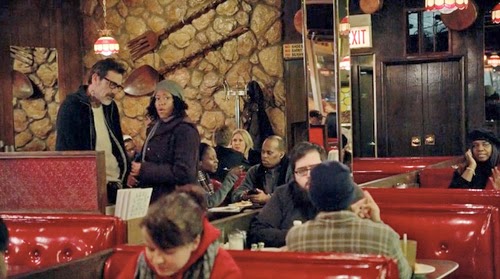 The reader who thoughtfully sent us these screen grabs says, "The Golden House Restaurant next to the Riv was used in tonight's season finale of Shameless. It looks like it's gonna be a major location for season 5."  Here's hoping!

UU Note:  The Chicago PD episode (#11 of the season) that shot at the Dalia Food Mart and at the Bridgeview Bank Building last winter is supposed to air on NBC on Wednesday, April 9th. The DVR guide doesn't mention anything about a bank robbery, but we'll watch anyway, just in case.
By Kate Uptown - April 07, 2014