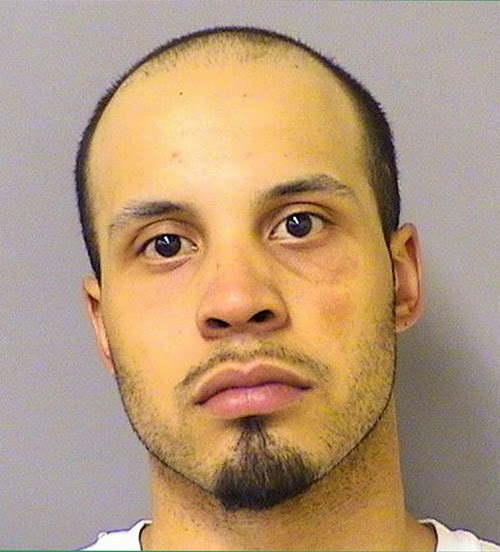 Andre Alejandro, who was charged with first-degree murder in the 2012 shooting of 13-year-old Ivan Alanis, pleaded guilty in court Thursday and was sentenced to 40 years in prison.

You may remember the shooting, which took place in the early hours of the morning following the Memorial Day holiday.  It happened at Laurie's Pizza at Broadway and Foster, although the shooter and the victim were both living in Rogers Park.  Andre Alejandro was 22 years old at the time, and had been arrested 26 times, with seven convictions, including two for felonies. He is a member of the Gangster Disciples.

Incredibly, one of his felony convictions stemmed from an incident at Laurie's four years before the murder, when he and other gang members fought a rival gang with fists and sticks inside the restaurant.

The victim, Ivan Alanis, although only 13, is thought to have been a member of the Berwyn/Winthrop Latin Kings.  His family said he didn't belong to a gang, but his Facebook page showed him throwing gang signs in his profile picture, and there was a Latin Kings shrine set up at Laurie's following his murder.  13 years old, and dead because of gang affiliations.  It's just incredibly sad to see a kid get on the wrong path so young, and to pay for it with his life. 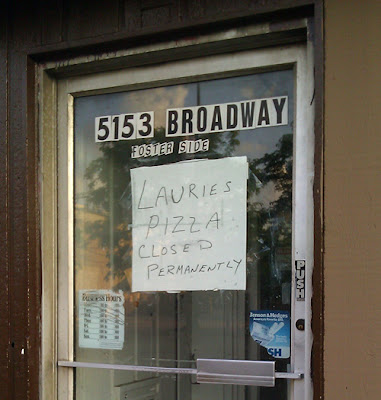 After the murder, Ald. Osterman declared his intention to go after Laurie's and attempt to have it shut down as a gang and drug building.  Before he could, Laurie's closed.  It never reopened after the murder, after decades of operation at the border of Edgewater and Uptown. The building remains empty today.

There is no "good time" credit for prisoners in Illinois when the conviction is for first-degree murder.  Unless released early under special circumstances, Andre Alejandro will serve the entire 40 years of his sentence, until 2052.  He was arrested less than four hours after he murdered Ivan Alanis.  Those were the last four hours of freedom he will see for many, many years.