From Eyesore To Daycare 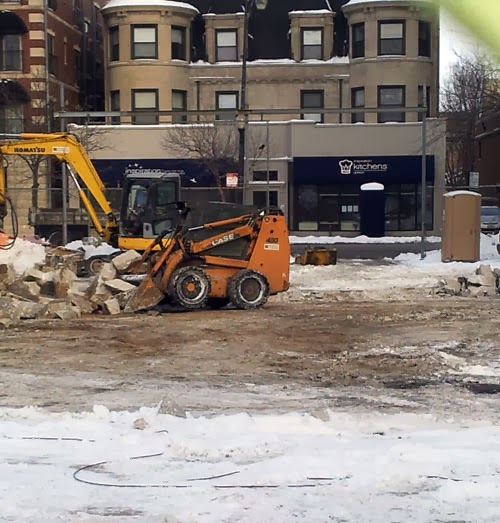 Readers have been asking about the demolition going on in the former recycling center at 4714 North Sheridan, next to Siam Cafe and across the street from Inspiration Kitchens.  Neighbors report that concrete is being broken up and bulldozers are taking down the small building on the lot.

We asked and poked around, and found out that two permits have been issued for the site:  one for the demolition of a 13' x 13' shed on the property, and the other "to erect a new one-story commercial building for a new day care center."

There are conflicting reports on the name of the new place, so we'll wait for confirmation of what daycare will be going in.  We're assuming it will be a daycare for kids, but who knows.  In any case, we're pretty sure there won't be any requests for 4AM liquor licenses.

Update:  DNAinfo reports that ABC&Me daycare will be moving from the Aragon Theater to this site.
By Kate Uptown - March 06, 2014