A Morbid Scene From 80 Years Ago 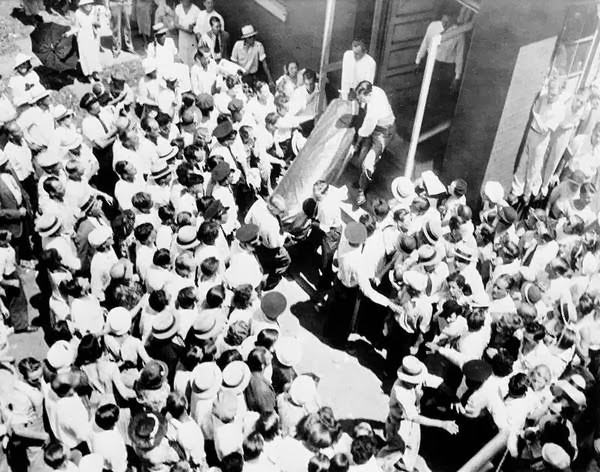 We just came across this photo of the scene outside 4506 North Sheridan on July 24, 1934.  The McCready Funeral Home at that address was preparing the body of notorious bank robber John Dillinger for burial, and thousands of Chicagoans rushed to Uptown and gathered in the street on Sheridan, hoping for a glimpse of his coffin.  He had been gunned down by police in the alley next to the Biograph Theater about 36 hours earlier.

His father, John Dillinger Sr, arrived from Indiana to pick up his son's body and take it home to Indiana.  Upon seeing the wicker casket, he reportedly said, "My boy, my boy," and thanked the mortuary workers for their kindess to him.

John Dillinger was not a gangster, as commonly thought.  He was a bank robber with quite a few ties to Uptown.  You can see more about the places he frequented here and here.
By Kate Uptown - March 07, 2014