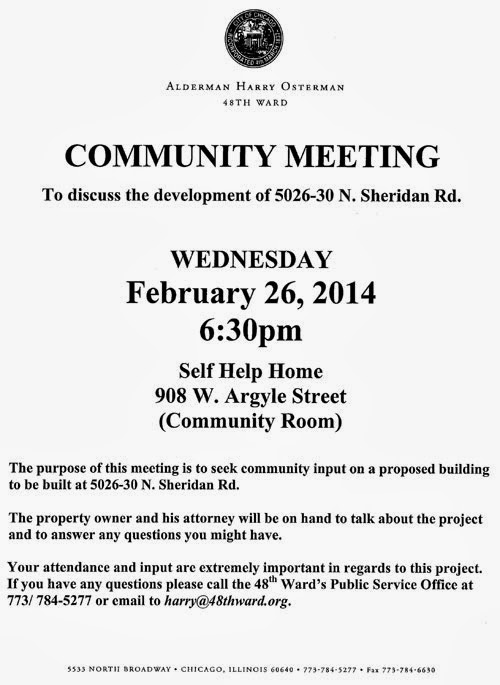 As many readers might remember, there's been a lot of action lately at the long-abandoned property at 5026 N Sheridan, one building north of Tweet/Big Chicks.  Ald. Osterman requested a downzone in December, the former laundromat there was razed in January, and later that month, Safeguard Self-Storage announced it would be building there.

As for us, we're happy something will be there, but had hoped for something more in keeping with the retail/pedestrian vibe that Argyle, Big Chicks, and the new residences at 5050 North Sheridan and Somerset Place will provide.  As Ald. Osterman said, "I am hoping it will be redeveloped in a positive way to complement the success of its neighbor, Tweet and Big Chicks, and to match the momentum of Argyle Street, the Somerset, newly announced Mariano's and other great things happening in Uptown."

If you have strong feelings about a self-storage building going in -- pro or con -- please make your feelings known at this community meeting.

Here's a view of one of the new self-storage buildings that Safeguard is planning for Chicago.  It's not known whether it's the one planned for Sheridan. 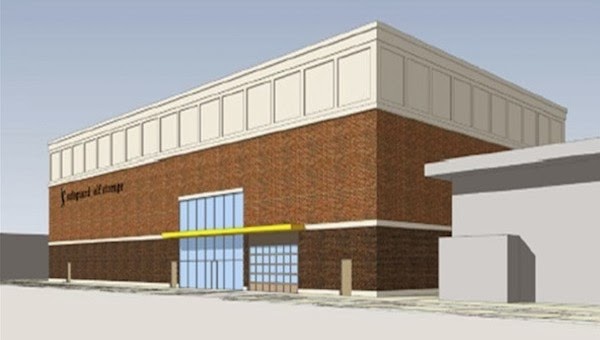