"Independent" Financial Analyst? Not So Much, Says The Sun-Times 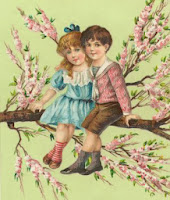 The Sun-Times has a rather scathing article today about former alderman Helen Shiller's aspirations to leave her lobbyist gig to become the independent financial analyst for City Council matters.


"It’s one of the most enduring myths in local political lore: The legend of Helen Shiller’s unrelenting independence.

Yes, there was a time — very long ago — when Shiller often was the only voice of dissent at City Hall. She was duly lionized as the sole alderman who even dared to question then-Mayor Richard M. Daley’s judgment publicly.

Those days ended abruptly, about halfway into Daley’s 22-year reign. For many years, Shiller was as reliable a vote for the mayor’s agenda as any of the aldermen minted by Daley’s machine.

From 2007 until 2011 — Daley’s last term and also Shiller’s final four years as 46th Ward alderman — Shiller took the mayor’s side in 96 percent of the divided City Council votes, according to Dick Simpson, the University of Illinois at Chicago political science professor and former alderman."  You can read the entire article here.