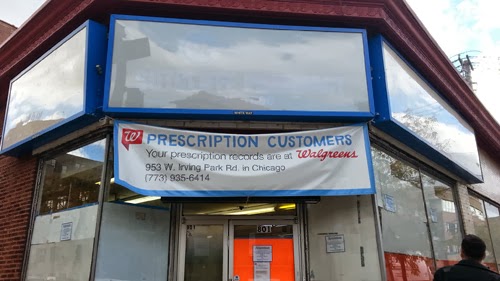 It's not every day that a store that's been in business for 125 years closes, but Sutcliffe Pharmacy at Clarendon and Irving Park has done just that, with little fanfare.

The pharmacy, which was founded in 1888, sold itself to Walgreen's and stopped doing business on September 4th.  We stopped by today and spoke briefly to the former manager, who said a large part of why it closed was that the State of Illinois is extremely slow to pay its bills and they couldn't make money with the carrying costs involved in waiting for reimbursement. 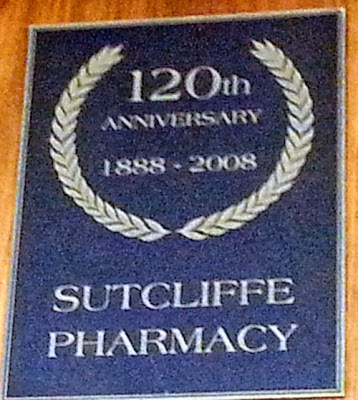 Sutcliffe's last owners acquired the business 25 years ago.  He told us that Walgreen's was a good partner who had hired about 80% of Sutcliffe's personnel, and the store at Irving Park & Sheridan was close enough to the Clarendon location that most customers weren't inconvenienced by the switch.  He also gave a souvenir, a Sutcliffe Pharmacy magnet in the shape of a mortar and pestle, which promptly got a place of honor on the fridge.

Still, it pains us to see such a long-time landmark shut its doors.  Just to give some perspective, this is what was going on in 1888, when Sutcliffe went into business:
Farewell, Sutcliffe Pharmacy. You'll be missed. 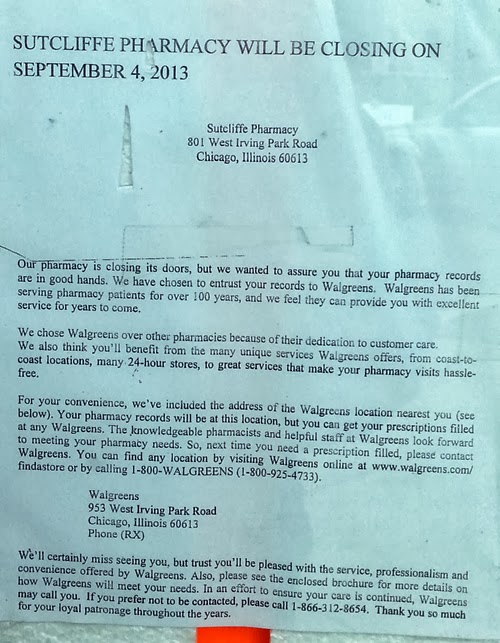