Just Not That Into Us 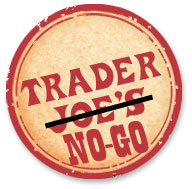 
"Piser Lot - 5220 N. Broadway.  The Piser funeral home site was sold last month to Chody Real Estate who has been working to purchase this site for over a year. I have worked closely with the Chody team on marketing this site to Trader Joe's, knowing it is highly desired by the community and that this site would serve the store well. Trader Joe's seriously considered the site but ultimately took a pass. We have remained in communication with their broker and as of just a few weeks ago, asked them to take another look. I have been told that at the current time, they are not interested in locating on Broadway.

In light of this news, I have been working with the new owner on a site plan with tenants who serve the consumer needs of our community and meet the rising quality of businesses on Broadway.  Once Chody RE has a site plan with interested tenants, I will ask them to meet and work with the residents of the 5200 block of N. Magnolia and the Lakewood Balmoral Residents Council. In my initial meetings with Chody RE, I have strongly advocated for a pedestrian-friendly design and quality tenants."

We'll soon have Mariano's nearby at Lawrence and Ravenswood, but TJ's just doesn't seem interested in breaking into the Uptown/Edgewater market.