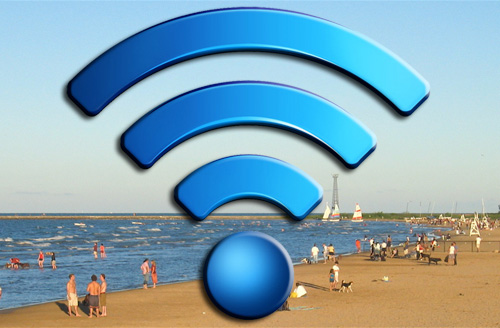 The City announced Friday that free wi-fi is now available at five Chicago beaches, including Montrose and Foster Beaches.  As the press release said, "Through a partnership with Cisco and Everywhere Wireless which began in May, the Chicago Park District identified five beach locations with existing infrastructure that accommodates wi-fi connectivity. The connectivity is being provided by placing wireless infrastructure on existing buildings, including condo and apartment buildings nearby the selected beaches."

The pilot program also covers Hollywood/Osterman, North Avenue and Rainbow Beaches.  Depending on the success of the first season, the program may expand to other locations next summer.
By Kate Uptown - July 20, 2013