Be One Of The First To Sample Ne:Wa
At Taste Of Andersonville Dinner Crawl 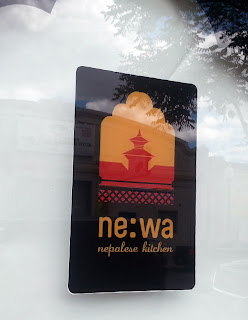 Ne:Wa, the Nepalese restaurant we previewed last March, says on its Facebook page that it had hoped to open in July, but it appears they're finding out just how much red tape goes into opening a business in Chicago, since they still have paper up in their windows.

However, you can be among the first to sample their cuisine if you join the "Salt Route" (vegetarian friendly) on the Taste of Andersonville Dinner Crawl, taking place on Wednesday, August 7th.  According to the progressive menu, Ne:Wa will serve "Rice Pilaf with Paanchakol (red skinned potatoes) or Ne:wa Chile (chicken), Thelawala Chaat (a Kathmandu-style smashed Samosa)."

There are 15 restaurants on the route, and an equal number on the more carnivorous "Pepper Route," including Pie Hole Pizza and others, on both sides of Foster (the dividing line between Uptown and Edgewater).

To buy tickets and get more information (scroll down), check it out here. 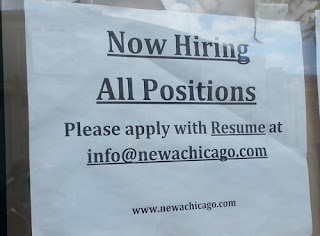 Ne:Wa is also hiring, so if you're interested in a restaurant position, see the photo on the right for information on applying.
By Kate Uptown - July 28, 2013