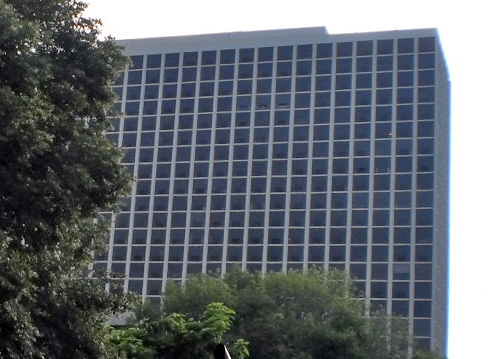 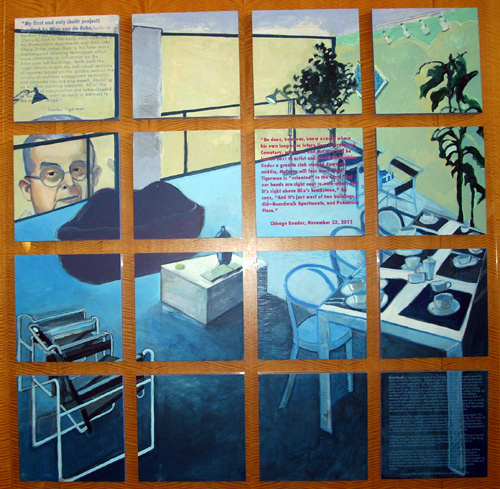 As we mentioned a couple weeks ago, famed Chicago architect Stanley Tigerman recently returned to the Boardwalk Apartments, the first high-rise he designed, for a ceremony and a mural created in his honor.  The building, designed by Mr. Tigerman in 1974, is now known as the 4343 Clarendon Condos and the mural honoring him was created by a resident there, artist Elise Glickman.

We stopped by the building earlier this week to take a look at the mural, located in the lobby, and it is impressive!  It's designed to mimic the square, symmetrical facade of the building.  (Interestingly, the eastern facade of Pensacola Place Apartments, designed by Tigerman in 1981, is a mirror of 4343 Clarendon, just a couple blocks west, at 4334 N Hazel.)  If you want to stop by and take a look, it's in the main lobby, and you'll need to speak to the doorman to gain entry.
By Kate Uptown - July 24, 2013