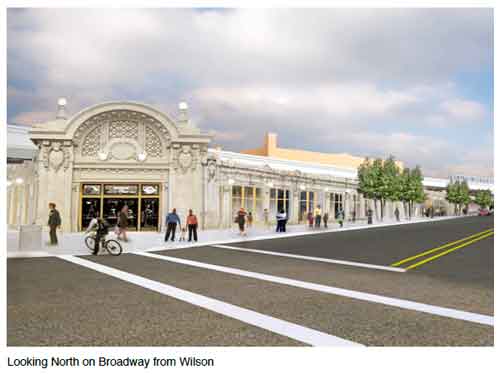 After decades of promises that amounted to nothing, it looks like the rehab of the Wilson L is really going to happen.  Crain's reported on Friday:


The Chicago Transit Authority today formally sought bidders for what will be one of the largest projects in its history and the most expensive station job ever — the estimated $203 million reconstruction of the Red Line's Wilson Avenue station.

Bids for general contractors are due by mid-June, with the CTA board scheduled to vote in August and work to begin this fall. The CTA wants 25 percent of subcontracting to go to minority- and women-owned firms. Construction is scheduled to take about three years, but the station will be open in the meantime.

(The entire Crain's article is here.  Registration may be required.)

Anyone who's lived in Uptown for any length of time probably remembers all kinds of promises for the Wilson Station, going back to the 1980s, from everyone from Peter Holsten to State Rep. Larry McKeon to CTA Board President Carole Brown.  Not a single one of those ever materialized.

But now it looks like it will finally happen, beginning in the fall.  We can't wait for the day to come.