Amazing, some of the things that come in over the transom.  Thank you to a reader for sending in this story that some readers are going to think we're making up:

Many times it comes up in conversation -- "What's going on with [former 46th Ward alderman] Helen Shiller?  She's been so quiet!"  So what does a career activist do when she retires from politics after 24 years in office?

Apparently she becomes a lobbyist.  Above are her (and son Brendan's) names on the City of Chicago's list of currently registered lobbyists.

Makes sense.  Ald. Shiller was always passionately interested in politics and what went on behind the scenes; she earned a Masters Degree in Public Policy while she was in office.  So it's not a big surprise that she'd put all that interest and experience into use as a Chicago lobbyist.  What we do find surprising is her client:

Pooh-Bah Enterprises is the owner of "VIP's, a Gentleman's Club," described as “Chicago’s only full liquor & topless bar.”  The City has been trying to have it closed since 1993, and the 19-year legal wrangling recently went before the U.S. Supreme Court -- for the second time. 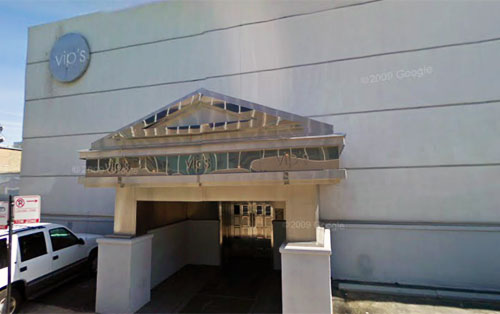 The Supreme Court dismissed the case without comment just three weeks ago, and the club seems out of options.  Maybe a couple of lobbyists with long-time City ties can make all the difference?