Everybody comes to Rick's... Ric Addy's, that is.  The long-time proprietor of Shake Rattle & Read had yet another celebrity encounter today: 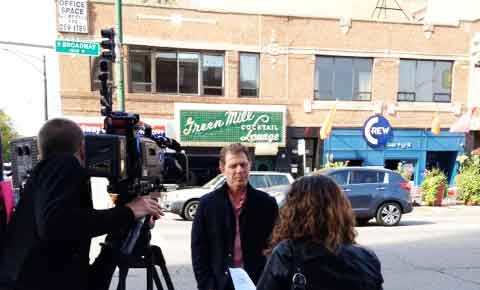 I saw Bobby Flay this morning filming a segment in and around the Green Mill for a new show on home cooking. I asked him to stop in a sign a cookbook for me. He asked me about Al Capone and wanted to hear all about uptown in the 1920's. Super nice guy…. direct and to the point, just like on TV ! 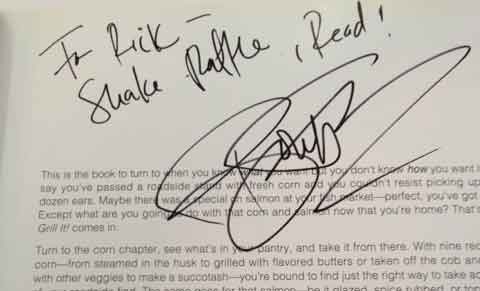 Incidentally, the busking yesterday in front of SR&R went great!  Lot of photos on Shake Rattle & Read's Facebook page.  The record company liked it and has promised more in the future.  But what else would you expect in an entertainment center like Uptown?
By Caring Neighbor - September 26, 2012