New Dawn For The Somerset?

Update: Joseph Trendl, president of the Carmen-Winona Block Club, writes in with an update:

"I spoke to the owners of Somerset. What I was told is that, with Spring coming, they didn’t like the way the boards looked; so they had some of the boards moved to the inside of the windows. They are in the final stages of the transferring the deed to their name. The day they get the title, the owners will be coming up to Chicago to discuss future plans with the Alderman and the neighborhood. They are very excited about Somerset." 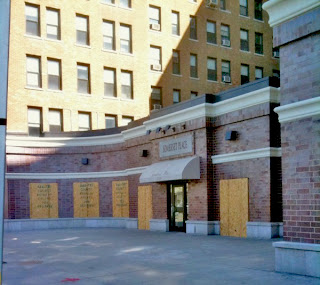 A reader pointed out that some of the boards have been taken down from the closed Somerset Place at Argyle and Sheridan.  Could it be that the new owner is beginning to put its stamp on the place? 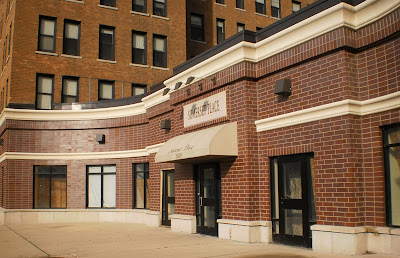 Ald. Osterman's office said last June:  "It’s the alderman’s vision that we get viable commercial on the ground floor and residential above."

We look forward to seeing what happens next.