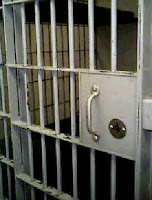 "We've had a couple cases resolved lately and wanted to let your readers know about them.
UU Note:  Harris and Heard are also suspected to be the "garage robbers" in the 20th, 23rd & 24th Districts, although they are not charged with those crimes.  Interestingly, the garage robberies/sexual assaults stopped when they were arrested for the Christmas Eve assault.

If you have a morning or two free a month, you would probably be a great court advocate.  We encourage anyone who might want to follow the Hayes or Harris cases, as well as any other case on the court advocacy calendar, to get involved by coming to the monthly meeting.  Thank you."