Long-time readers might remember the 2008 story of "Baby Wilson," the newborn who was wrapped in three plastic bags and left outside of 4600 N Beacon, with a skull fracture, to die.

Luckily, a resident of the building, Brandon Shephard, was curious enough to check on his cries and ran with the baby to the firehouse on Wilson in the middle of the night, saving the baby's life.  Jennifer Ryle, the CPD detective who was assigned the case, worked tirelessly to find Baby Wilson's mother and eventually got her to confess.  She pled guilty to attempted murder.

Today's Tribune has an interview with Det. Ryle about Baby Wilson's fate and, more important, his legacy.  We were moved to tears to read that he is healthy; we had heard rumors he was in a special needs home for life and are glad to know that isn't correct.

We are less happy to read that his injury was caused by being thrown from a third floor window by his 15-year-old mother a few minutes after his birth.  We remember her parents' shock and horror at finding out their daughter had given birth and tried to kill their grandchild.  They kept telling her, "We would have taken care of him."  Well, now they probably are doing just that:  the article says Baby Wilson is being raised by his family. 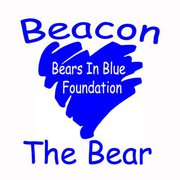 In Baby Wilson's memory, the police and Det. Ryle have started a foundation to provide teddy bears to traumatized and abandoned children, a comfort that the child can take with him, no matter where he ends up.  It's called "Bears in Blue" and the teddy bears are named "Beacon the Bear" after the street where a baby just a few minutes old was tied up in bags and tossed out of the window like he was yesterday's trash.

We'll be donating the money for a bear in Baby Wilson's honor.  You can read the story in the Tribune today about the foundation and Detective Ryle.  The Bears in Blue Foundation's website is here, and the Facebook page is here.  Our coverage about Baby Wilson is here.

Brandon Shephard has moved away from Uptown.  Det. Jennifer Ryle is now working financial fraud cases.  But Baby Wilson is alive.  And a foundation is working on helping children as his legacy.  We are so happy to hear this update.
By Caring Neighbor - August 07, 2011