"We Cannot Go Forward With This Project As Presented" 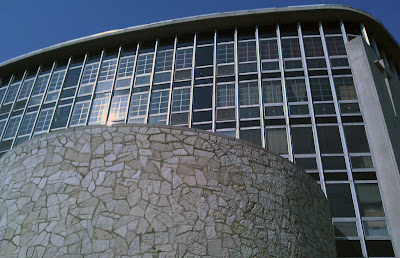 A community meeting was held last Tuesday to allow community residents to hear from Sedgwick Properties and neighborhood representatives about the Montrose/Clarendon TIF proposal. Over 700 residents attended and 547 people who live within the boundaries of 2 affected neighborhood organizations weighed in on the proposal by casting their vote.

A special thanks to Jay Feeley from Sedgwick Properties who provided information about this proposed development to the audience, and neighborhood residents Janis Tiffin, Tim Harris, John Wyman, and Bill Petty who presented arguments on why they believe this development should not be supported.

The outcome of the voting is as follows:
The primary stipulations related to the need to lower the height of the development, reduce the number of dwelling units, obtain more market research for the retail, and the use of TIF funds for property along the lakefront.

Uptown United's lack of support for this project due to its density and concern that the proposed retail might divert foot traffic from the targeted retail corridors in the Uptown area also influenced this decision.

As more details emerge, you have my commitment that I will keep you updated. Thanks again to everyone who has participated with their needed feedback."