An Open Letter To Alds. Cappleman, Pawar and Osterman 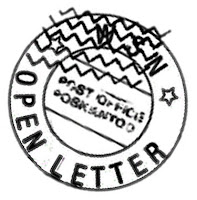 Gentlemen:
Your terms started five whole minutes ago and there are still potholes!  Gang graffiti!  Are our schools better yet?  Wow, I bet we'll even hear shots fired before June rolls around.  You guys said you would make things better!  What's holding you up?  Better do it quick or we'll vote you out!

Okay, we jest.  But, newly minted Aldermen, you're going to be hearing a lot of that.  You promised changes and you've made great plans for your respective wards.  People are eager to see what you can do.  So here's what we, as Uptowners, would like to say to you:
Good luck, Aldermen.  We want you to succeed and we'll do what we can to help you.  We want a better and safer Uptown.  Help us get there.

Consider this a virtual hearty slap on the back, and a firm handshake of congratulations.  Now, let's get to work.
By Caring Neighbor - May 16, 2011