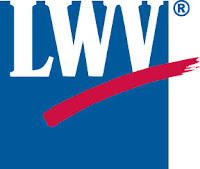 There's going to be a fourth debate between the 46th Ward aldermanic candidates, sponsored by the respected League of Women Voters.  Come to Peoples Church, 941 West Lawrence, on Sunday, March 27th, between 2-4pm.

For those keeping score, these are the debates between Molly and James where you can hear their views in their own words, not through fans and campaign workers using blog aliases.  Good way to make up your own mind: