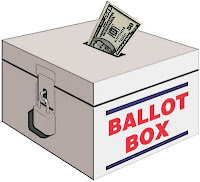 
With the counting all done, five votes separated the two finalists in the race for the 46th Ward in the February election, and some 60 percent of voters didn’t vote for either of them.  Not surprising, then, that the scramble for support before the April 5 run-off in this economically and ethnically diverse ward, which encompasses parts of Uptown, Andersonville and Lakeview, has become fierce and increasingly nasty.
Read the article here.
By Caring Neighbor - March 24, 2011