One Dead, One Shot Near Sunnyside Mall 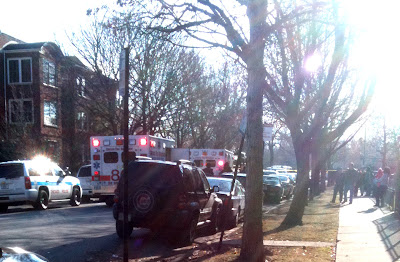 It didn't take long in the New Year for the shooting to start. It's so sad that nothing has been learned from the previous shooting deaths. At least one family will be grieving tonight at the loss of a loved one, and all for no good reason.

Multiple reports there was a shooting around 12:20pm today. The police saw it happen. One person is dead at the scene, and one person was struck in the hand. After a foot chase, the police have the gun and the shooter.  There are still ambulances and multiple squad cars on the scene.

We're hearing all sorts of locations for the shootings, but it seems to be somewhere near the Sunnyside Mall and probably on Magnolia.

Media Updates:  Chicago Breaking News has a short story on it, saying it was (surprise) gang-related.  Here's coverage from CBS2 Chicago.

Reminder:  The CAPS beat meeting for that area, 2311, is tonight at Truman College, at 7pm.

Please add details in the comments if you know them.
By Caring Neighbor - January 04, 2011