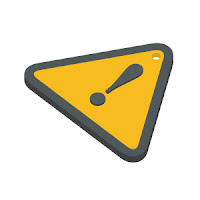 Around 10:15am this morning, I caught someone attempting to break into my house on the 4700 block of Dover. I was home at the time and caught him as he was in the process of cutting the screen to the side rear window of the first floor. I shouted at him and he ran off. Luckily, the worst of the damage is a slit screen.

A couple of things:

- The suspect was a lighter-skinned African American male - I would guess in his early 20's. He was what looked like a darkish-blue windbreaker
- He had used an igloo cooler that I had in my yard as a footstool to gain better access to the first floor window. I would suggest that if you have any objects that could be used for this purpose on your property that you make them as inaccessible as possible.

Additionally, someone else shared that there was a car stolen from their garage on the 4600 block of Dover.

The police were called - I didn't have a detailed enough description for them to do much. I just wanted to send this out to make you aware so that you can take any necessary precautions.